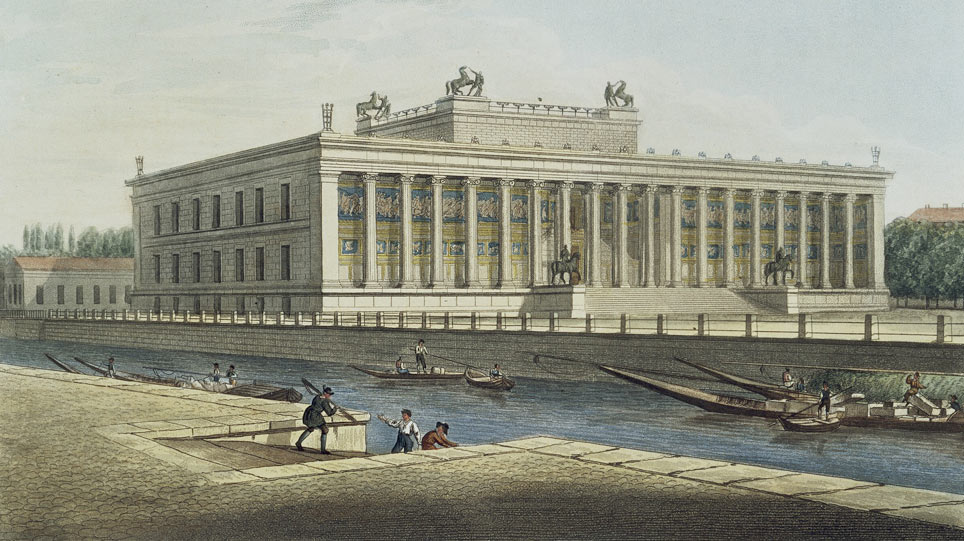 On Tuesday, December 2, 2016, President of the American Academy of Arts and Sciences Jonathan F. Fanton addressed members of the Prussian Cultural Heritage Foundation and several dozen members of the Academy in Berlin, Germany.

We have begun to hold gatherings with our members around the world. For example, this fall alone we have convened meetings in Paris, London, and Israel.

As we reach out to members in other countries, Germany has been high on our list because of the many connections between scholars here and in the U.S.

We currently have 70 members (7 fellows and 63 foreign honorary members) in Germany, with 18 based in Berlin.  A total of 252 members affiliated with Germany have been elected since Johann Jacob Hemmer was elected in 1788. Over the years, other prominent members have included:

We added five new German members in the Class of 2016.

You may know that the American Academy was founded in 1780 by John Adams, James Bowdoin, John Hancock, and other leaders who helped to establish the United States. In the midst of the American Revolution, they believed that the key to America’s long-term strength and survival was, in the words of our charter, “to cultivate every art and science which may tend to advance the interest, honor, dignity, and happiness of a free, independent, and virtuous people.”

And over the years, the Academy has done so while maintaining close ties with members, scholars, and institutions in Germany. Let me share some examples.

In January 1967 as a means of building mutual-cooperation and participation with European contacts, the Academy’s Committee on International Studies of Arms Control organized and financed a U.S.-German discussion group in Munich. The meeting aimed to convene leading German scientists in conversations that would help them in turn form their own high-level German discussion group cutting across the fields of science, politics, government with the hope that it would in time lead to a more active role for scientists in relevant areas of public policy. Upon their return to the United States, the American participants including Paul Doty, Carl Kaysen, Henry Kissinger, and Charles Townes reported back to the Academy that the Munich discussions proved useful in analyzing how science and government can interact to inform defense, economics, research and disarmament policy. Some of the German participants in the discussion group included Manfred Eigen, Kurt Birrenbach, Adolf Butenandt, Werner Heisenberg, Feodor Lynen, and Julius Speer.

The Academy conducted a study on German and American Refugee and Migration Policies in 1995-1998. German and American scholars, led by Myron Weiner (MIT) and Klaus J. Bade (University of Osnabruck, Federal Republic of Germany), met in three working groups and discussed admissions policy, absorption of immigrants, and policies that receiving and sending countries might adopt together to reduce the increasing numbers of refugees and migrants. This study resulted in five volumes comparing migration in the United States and Germany; many of the policy issues discussed remain relevant to today’s political agenda.

The American Academy and the Berlin-Brandenburg Academy of Sciences and Humanities examined higher education in the United States and Germany in a 1996-2002 project. Led by Robert McCormick Adams (University of California, San Diego) and Dieter Simon (President, Berlin-Brandenburg Academy of Sciences and Humanities), the report, Trends in American and German Higher Education takes into account differences in population size, political climates, and traditions of the two countries’ educational systems, and it presents an overview and analysis of problems facing higher education and research in each country. The report addresses the trend in the U.S. toward increased privatization and a focus on competitiveness at the elite level, while also examining the effects in Germany on research and teaching of swelling enrollments, financial constraints, and the traditional highly centralized educational leadership structure.

The Winter 1994 issue of the Academy’s Journal, Daedalus, was entitled, “Germany in Transition.” In the preface, editor Stephen Graubard wrote:

This issue, in dwelling on Germany both as an Atlantic and European partner, is seeking to place its experience in a context that takes account of how much the problems and the opportunities of the late twentieth century are related to what has gone before.”

As you can see, we have a deep history of working together, one that we would like to continue.

We do not intend to explore the issues facing our society and our world with an American-centric lens. Rather, we want to engage our Foreign Honorary Members and our fellows living abroad in all the work we do. We welcome your suggestions about how we can work together.