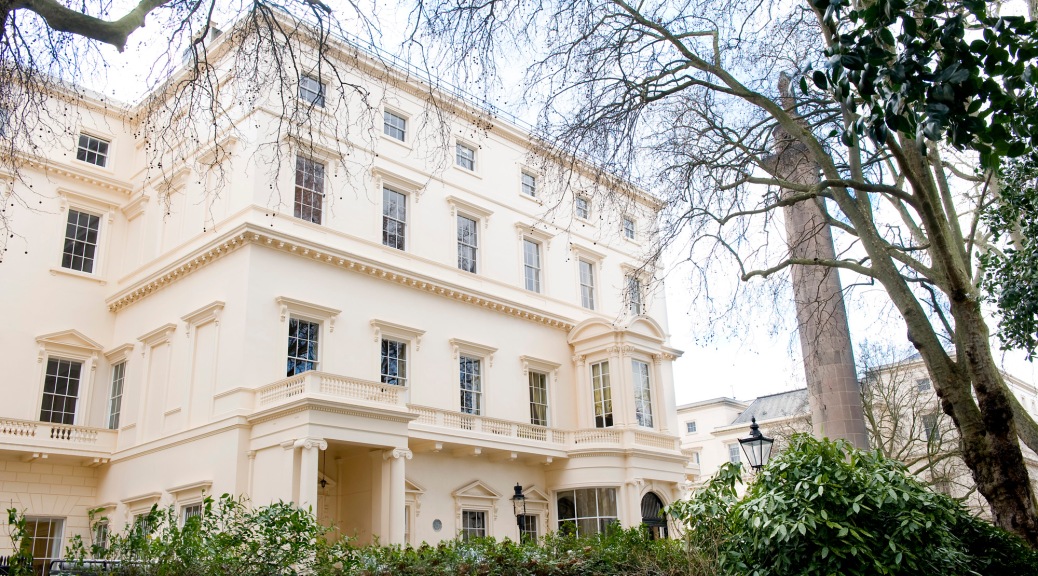 On November 30, 2016, Jonathan Fanton introduced a discussion focused on the “Responsibility to Protect Cultural Heritage” at the British Academy in London. The discussion was co-hosted with the Getty Trust.

Good morning. I am Jonathan Fanton, President of the American Academy of Arts and Sciences and it is my pleasure to welcome you to our meeting to discuss the international community’s role in preserving at-risk cultural heritage around the world.  We are honored to co-host this meeting with the Getty Trust, which has been a leader in the conversation of cultural heritage around the world. Let me give some background on the American Academy and then turn the proceedings over to Getty President James Cuno, who will moderate our meeting.

The American Academy, founded in 1780, is one of the oldest learned societies in the United States.  When the Academy was created, the War for Independence had not ended and the American Constitution had not been drafted, yet the Academy’s founders, led by John Adams, John Hancock, and James Bowdoin, were already looking to the future, anticipating our young republic’s needs for new knowledge and practical ideas.

From its beginnings the Academy has brought together the nation’s and the world’s most distinguished citizens to address social and intellectual issues of common concern and to translate knowledge into action. Timely research and publications are central to the Academy’s mission to promote useful knowledge and advance the public good. As an independent research center, the Academy is known for multidisciplinary, nonpartisan research that provides evidence-based approaches for complex challenges in the areas of Science, Engineering, Technology, Humanities, Arts, Education, American Institutions, and Global Security.  Today’s meeting is a good example of such an interdisciplinary project bridging the worlds of art and history with global security and human rights.

Let me offer you a brief background of the Academy’s prior work in global security studies that will give some context to our interest in today’s meeting.  In the 1960s the Academy’s study of the debate on arms-control helped devise the concept of strategic stability which later became the linchpin of the US-Soviet Union interaction. In 1982 the Academy established a Committee on International Security Studies (CISS) which plans and sponsors research on current and emerging challenges to global peace and security. In the 1990s, CISS helped to redefine the field of international security studies by focusing on such issues as the relationship between environmental scarcity and violent conflict, the proliferation of small arms and light weapons, the problem of humanitarian intervention, and the challenges of strengthening institutions of international justice.

Our current work looks at ethical dilemmas posed by new technologies in war, the international community’s role in preventing and containing civil wars, and an exploration of whether there is a new nuclear age requiring a broader framework to assure stability.

Our topic today resonates with the theme of developing new norms based on ethical principles.

The Declaration was one of several steps taken to establish a new standard: that crimes against civilians, the extermination of ethnic groups, and acts of torture are inexcusable – even when following orders in times of war.

After the failure of the international community in Rwanda, Bosnia, Kosovo and Congo DRC to uphold its own commitment to human rights and protect people from the scourge of war, the world came together again to design a new norm that would allow for collective intervention if a state is unable or unwilling to extend protection to its own people.

Canada, during Lloyd Axworthy’s tenure as foreign minister, took the lead in convening the International Commission on Intervention and State Sovereignty which produced the report titled “Responsibility to Protect.”  Lloyd approached me when I was president of the MacArthur Foundation to help fund the Commission’s work which I was honored to do.

That report called for a new norm in world affairs: if states fail to protect their citizens against gross human rights abuses or genocide, the international community has a responsibility to intervene.  The preferred avenue for employing life-saving interventions is through the UN Security Council, but when the UN fails to act, the report sees a role for regional organizations like NATO or the African Union, and even for coalitions of willing nations. The Responsibility to Protect norm was officially adopted by the UN Security Council in 2005.

There has been some debate surrounding the R2P and its applications. Some would argue that the R2P doctrine has been misused to justify military interventions, like in the case of Libya, or has not been invoked when it was most needed, like in the case of Syria. Other critics have argued that the doctrine represents at best a justification for unilateral intervention and at worst a reflection of a western agenda.

Unfortunately some important recommendations of the original commission on R2P got lost when the R2P norm became adopted as a UN doctrine in 2005 after challenging multilateral negotiations. The original report emphasizes the importance of prevention, early warning systems and the proportionality of intervention so as not to harm even further an already tragic situation.  The Commission stated that “the responsibility to protect implies an accompanying responsibility to prevent. And we think that it is more than high time for the international community to be doing more to close the gap between rhetorical support for prevention and tangible commitment. The need to do much better on prevention, and to exhaust prevention options before rushing to embrace intervention, were constantly recurring themes in our worldwide consultations, and ones we which we wholeheartedly endorse.” The pillar of prevention was lost during the UN negotiations, and what has been adopted as the R2P doctrine is a much narrower idea than what the original authors of the R2P document had in mind.

This meeting in a way seeks to recapture the ambitious imagination that drove some experts including Lloyd Axworthy to embark on the difficult process of establishing the norm of the R2P.

Nevertheless, I believe, the process that led to the establishment of the R2P is particularly instructive and can shed light on the challenges and the opportunities that we will face as we consider how best to protect cultural heritage. Lessons learned from the process of establishing and implementing the R2P norm are particularly important today to understanding the role of the international community in preserving cultural heritage threatened by war and internal conflicts.

This meeting therefore hopes to provide a venue for all participants to come together to imagine a framework that could offer the international community new tools to prevent the loss of irreplaceable cultural patrimony.

Before I give the floor to Jim Cuno for his opening remarks, I want to express my gratitude to him for the time he has devoted to helping us think through the agenda and for the generosity of the Getty Foundation in funding this conference. Jim, you have provided extraordinary leadership in convening this meeting and it has been a true pleasure to collaborate with you on this event. I look forward to many more discussions and partnership.